How Your Pre-Game Routine Can Boost Your Confidence, Energy, and Performance 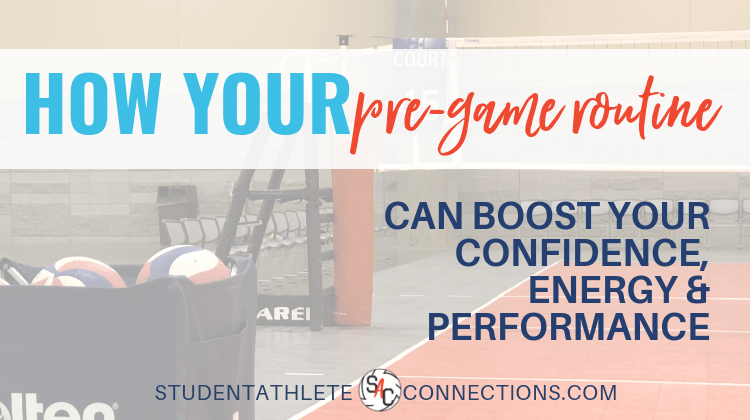 Whether serving a ball in your first volleyball match or stepping onto the court as an olympian, all athletes at some point feel the pressure to perform at their highest level. The best players know that optimizing their performance means being both mentally and physically prepared. Believe it or not, a seemingly silly pre-game routine can help!

When a match begins, there is no way to know for sure how each member of your team will perform, which ball will take a random roll off the tape, how many questionable calls the refs will make, or just what the final score will end up to be.

But while the outcome of your game is more impossible to predict than how nervous you’ll get if your favorite college coach stops to watch you, there is a level of control you do have power over, and that is your pre-game routine.

Call it a ritual, superstitious optimism, or just a sense of emotional self-management. Whatever you call it, your psychological mindset plays a big part in your performance. And when it comes to pre-game thoughts and actions, if an athlete believes it will help them, then chances are it will!

You might be wondering if there is some pre-game ritual that is known to be better than the others. There is no right or wrong answer to that. There is just what works best for you. That said, most effective pre-game routines do share some common similarities.

1. A good pre-game routine should be something you can do anywhere

You’ll likely be playing some of your matches on the road, so creating a routine that requires you to touch your “home court ten foot line” won’t really work too well. On the other hand, saying you’ll “the” ten foot line (not designated to a specific gym) is obviously much more doable.

Also easy to do regardless of whose court you are on, and quite effective for getting into a good mindset, is taking a practice swing, block, or pass, and visualizing your task-specific skills. Making your routine “portable” works because you can take it with you anywhere!

2. A good pre-game routine should be something you can complete at your own pace

If listening to a playlist of your 10 favorite warm up songs is your thing, consider how long that will take, and either shorten that time expectation if you need to (i.e. choose your ONE must-have song), or make sure you can give yourself enough time to fit it in.

Allowing your routine to be completed with plenty of time to spare helps get you relaxed and in the right mindset to take on the competition when game time comes.

3. A good pre-game routine should be internal not external

An effective pre-game routine is one that isn’t necessarily dependent on external circumstances. It should be something internal to you, or generic enough that outside circumstances won’t prevent it from happening. Anything external means you run the risk of not being able to do it and messing up your mojo!

An example of an externally dependent routine would be carrying a “lucky charm”, like wearing a specific pair of socks or using a special hair tie. There is always a chance you could forget your lucky socks at home. But if your pre-game is internal, like a breathing routine, a prayer, a stretch, or a certain thought process you meditate on, that’s something you’ll be able to carry with you wherever you go.

Finding what works for you

I decided to do some research myself, to find examples of athlete pre-game routines specific to volleyball. Some were a little more unique than others, but all of them have meaning to the athletes who practice them.

A Pre-game routine for teams

Since volleyball is not an individual sport, team routines are important to build chemistry, energy, trust and support.

From the timing of meals to stretching and warm-up sequences, many volleyball teams do the same things in the same way for every game. The consistency helps them prepare mentally and physically as individuals, while also helping them come together to prepare as a group. Here are some examples from some well known NCAA volleyball teams:

Speaking of handshake routines, Will Ferrell has a few pointers…

A Pre-game routine for individuals

Like teams do, individual players have their own rituals that help them focus before a match. For some athletes, like the subjects of this study, when success is found after doing a certain ritual, they superstitiously try to continue it to keep the streak going for as long as possible.

Some girls wear their hair the same way for every game, and if they happen to lose, change up the braid or ponytail for the rest of the season. Some guys won’t shave their beard while they’re on a winning streak. I know one who swore washing his knee pads was “bad luck” and wouldn’t wash them as long as the team kept winning!

Here are some other pre-game routines that players use:

Pre-game routines are not always about getting “lucky”. In just about every sport, athletes use their pre-game routine as a way to strengthen their focus on what’s in front of them. This helps them leave the outside world (or at least the last bad play) behind them.

Studies like this one have looked at the connection between superstitious rituals and athletic performance. This study showed that for many athletes, having some type of ritual boosts their confidence, which in turn improves their perception that they can perform better, and in most cases, they do!

A successful state of mind

For many athletes, their pre-game routine is less about a superstition and more about a consistent practice that helps them frame their mental state as they enter competition, and the outcome of each match doesn’t change that. 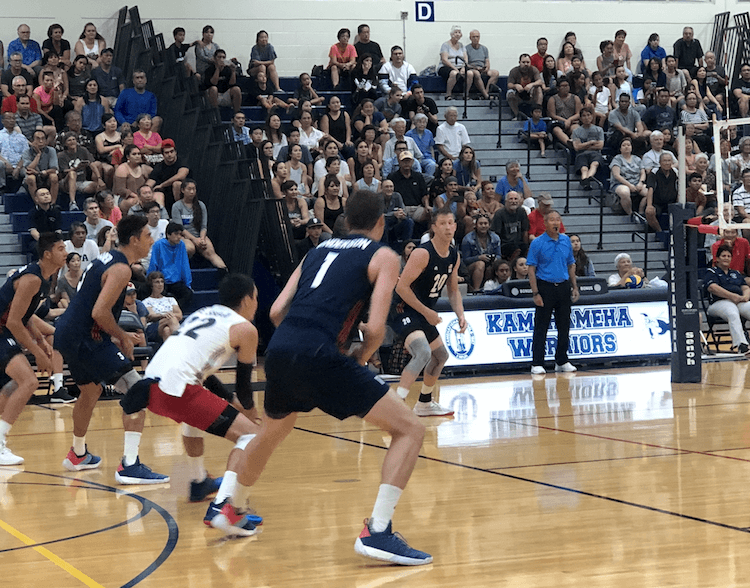 During games, Erik visualizes himself making a perfect pass before every serve, while continuing to practice breathing for relaxation and focus, helping him stay “in the zone”! As one of the top liberos in the world, I’d say his routine is working for him!

At every level, any volleyball player knows that each match carries with it some degree of pressure. Incorporating common sports psychology tools like positive self-talk and imagery can help reduce anxiety, so an athlete can focus on skill execution.

As Karch Kiraly puts it, “Part of dealing with stress on the volleyball court is maintaining a composed demeanor so you look the same on the outside even when your insides are churning.”

In other words, positive thinking and visualizing yourself perfectly executing a skill will help to calm some of those stress-induced nerves because you are pointing your attention away from your emotional highs and lows and toward the skills you already know you can do.

Despite how well you set yourself up for success using your pre-game ritual, there will be circumstances that get in the way sometimes. If you aren’t able to complete your entire routine, don’t allow this to throw you for a loop. Instead, pick one primary thing, the one thing that is the most important part of your routine.

Do that thing and you’ll be OK.

Regardless of what you do to ready your mind and body for competition, the main thing is to know what works for you and how you’ll respond best.

Most importantly, don’t be preoccupied with what a teammate or famous celebrity athlete is doing if that doesn’t feel right to you. Your pre-game routine should be about making you feel comfortable and loose as much as it is about clearing your head to be confident and ready to play – as the absolute best player you know you can be.

And when the whistle blows, that’s what really matters.

In this thing with you,

What kinds of pre-game routines do you do? I’d love to know! 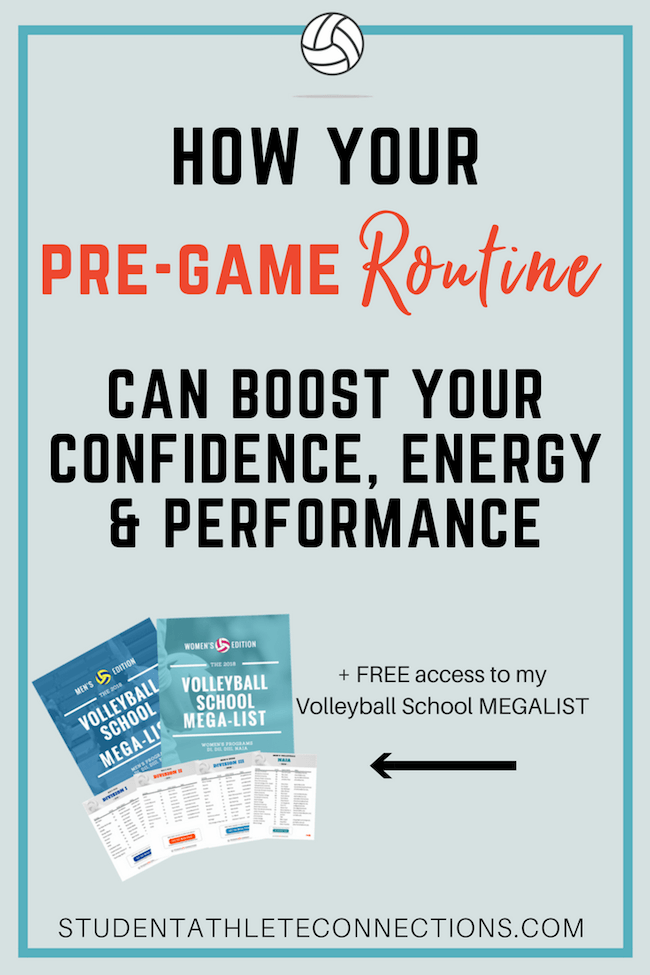 SCHEDULE YOUR FREE CALL
126 shares
PrevRecruiting Visits: What You Need to Know About the New NCAA Rules (2018)
Wanna Rock Your Volleyball Tryouts? Avoid Doing These Things!Next

Calling College Coaches: What To Do Before Picking Up the Phone 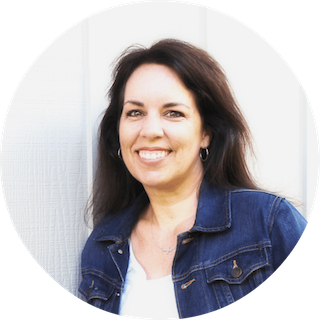 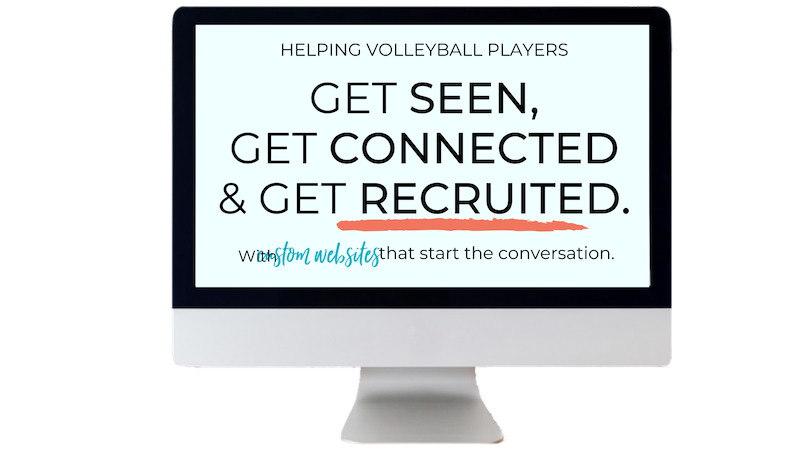 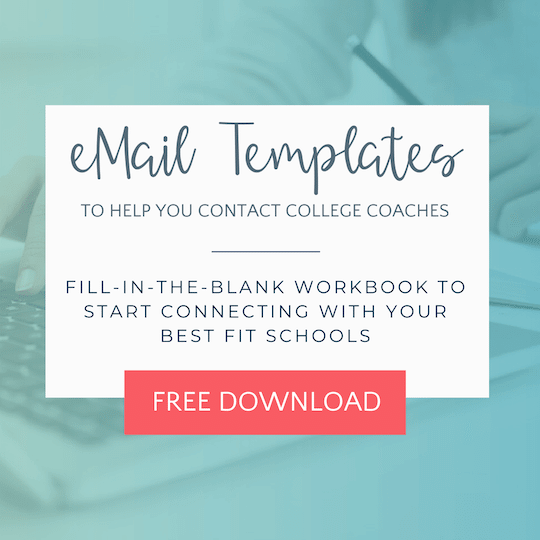 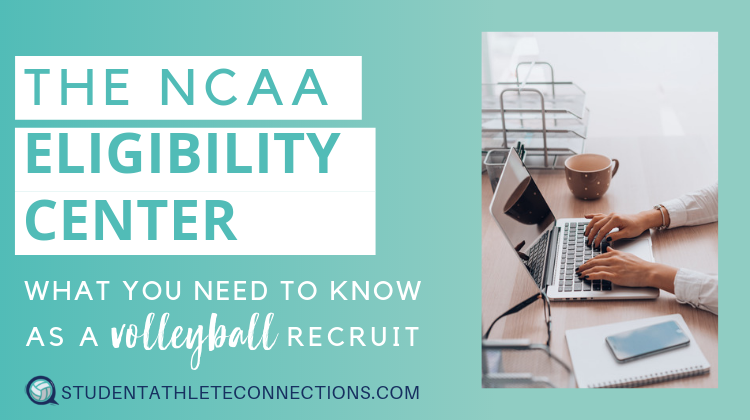 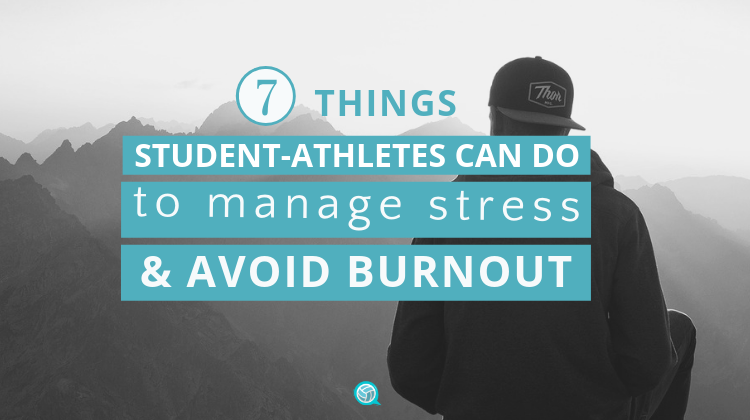 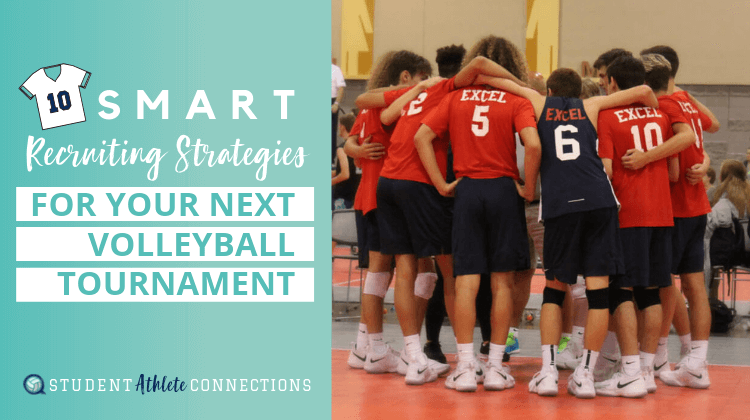 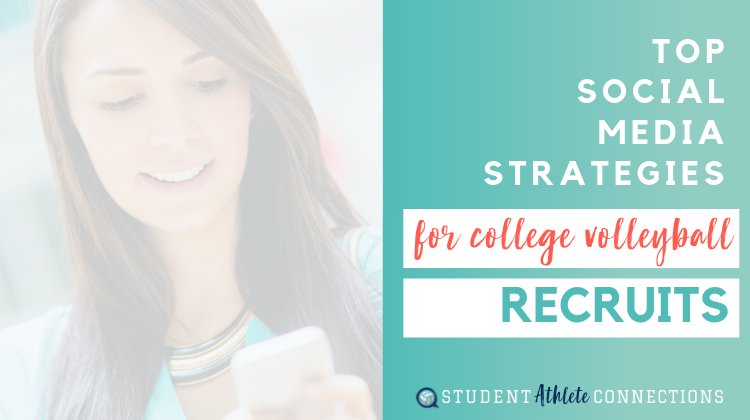 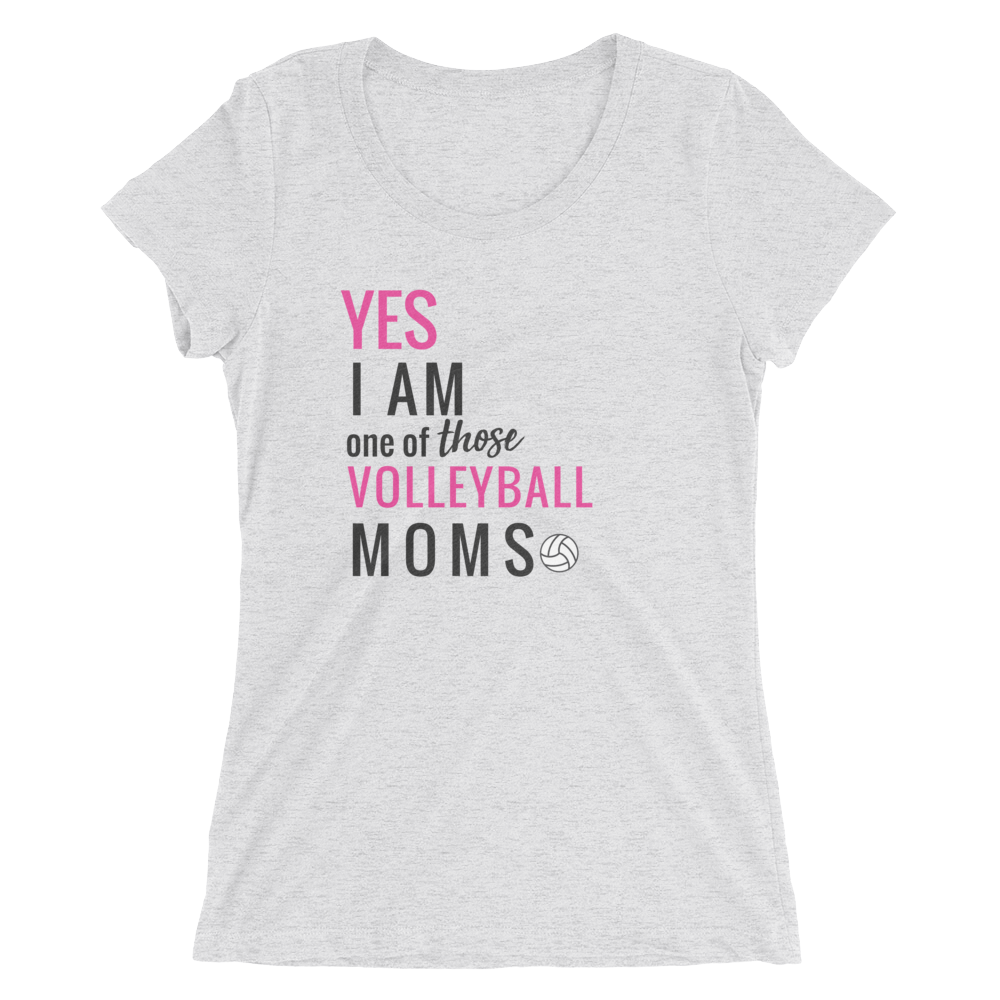 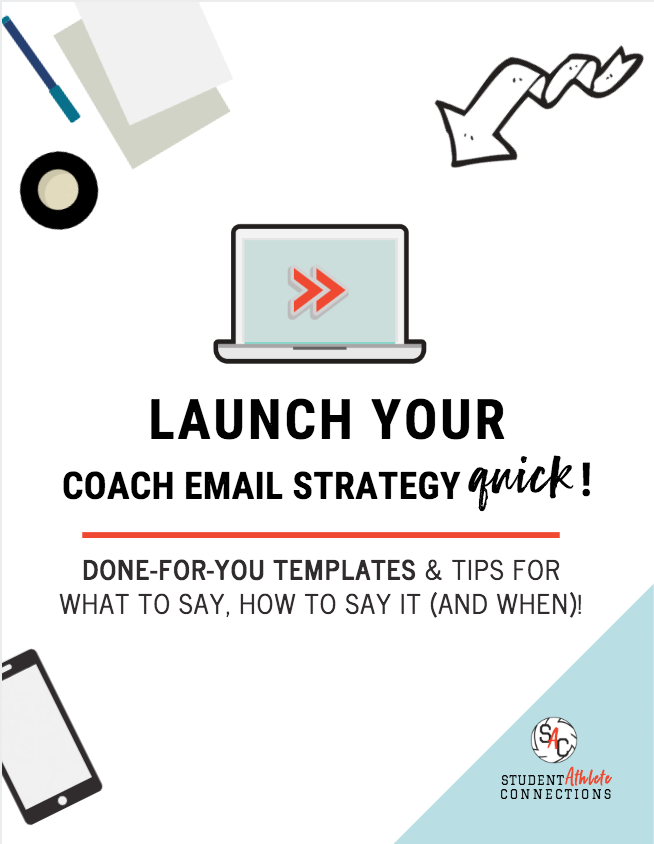